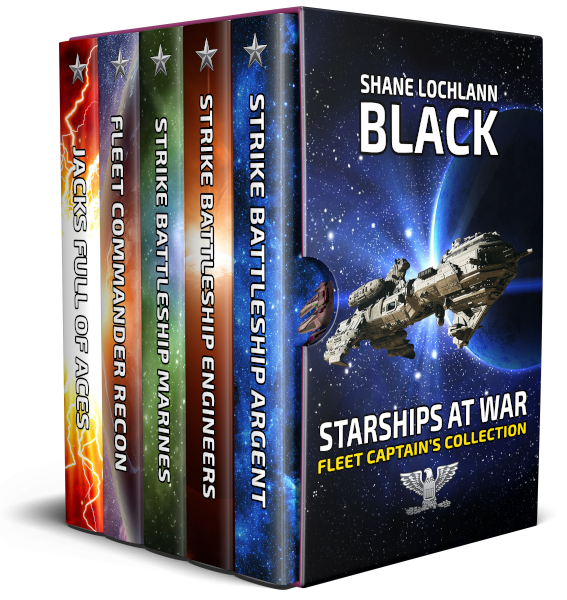 What are readers saying about Shane Lochlann Black's Starships at War?

Do not miss out on the newest and most exciting military science fiction series!

You won't believe the price!

No DRM! Read on any device!

Instant delivery! Yours to keep!

A young captain, heroic officers and a five-million ton weapon...

Hunter's pursuit of the missing flagship puts him and his crew in the path of a treacherous plot involving ancient technology, an aggrieved reptilian empire, traitorous flag officers, insectoid invaders, a forbidden alien obelisk, a space station and crew lost in another dimension and a notorious pirate queen!