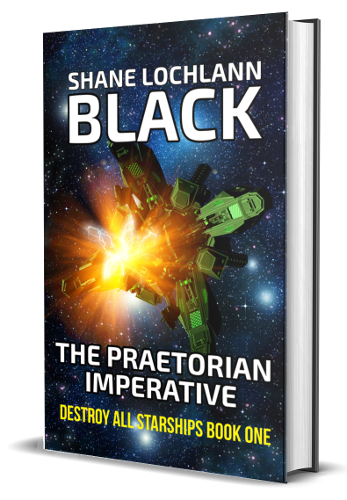 War is upon the Core Alliance.

After disastrous attacks on Skywatch formations at Prairie Grove and El Rey, the battleship Constitution has drawn a line in the sand at Rho Theta. Admiral Buford Tucker knows Sarn, Yersian or Kraken forces might strike along any of five fronts from Dante's Twins to Proxima. As outnumbered and outgunned Core starships prepare for the worst, Commander Jayce Hunter is alerted to a life reading on Raleo Two with what appears to be an Ithis device. She suspects it may be the agent in league with Colonel Atwell known only as "The Denominator." With no time to spare, the commander hastily assembles her recon team and sets a course for the obelisk.

Meanwhile, with Admiral Hafnetz still recovering from her injuries and Skywatch still tallying the casualties from the attack on Strike Fleet Achilles, Admiral Benjamin Powers finds himself rapidly losing control of the situation at headquarters. With both the Core Council and the anti-alarmist Skywatch factions threatening to interfere with the fleet buildup, Powers is forced to take action to protect his officers and ships while he conceals Yili Curtiss and Zony Tixia's game-changing technology advances in the Atlantis Sector.

Now, with the battleship Argent forced to remain in spacedock and her captain ordered planetside to recover from deadly engagements at Omicron and El Rey, the admiral faces a brutal choice. If he sends his youngest captain and his newest battleship back into action too soon, the Second Praetorian Interstellar War will end in disaster before Skywatch fires a single shot.