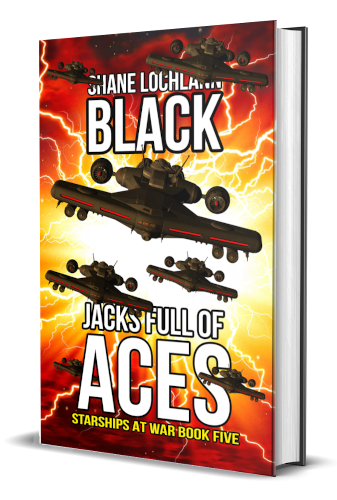 "I will lead us back to paradise." -- Colonel Zachariah Atwell

Commander Jayce Hunter and Lieutenant Commander Rebecca Islington may have finally put the pieces of the Ithis mystery together. The disappearance of Argent's crew, sudden attacks by saboteurs and even the suicidal miles-deep expedition by unknown forces beneath the Lethe Deeps planetary defense base might all be related through the mysterious sigils and glyphs Hunter's forces have found across the sector. More investigation is needed, but first the commander has to track down the one man who can put an end to the madness.

Hunter knows it's going to take an armed expedition into the hive on Hallows Moon to learn the truth. She also knows she's running out of time. Well-placed informants are sounding the alarm that a Yersian battle fleet is gathering at Jenner's Star. It isn't until Captain Holland McGee and the magnificent screwballs of the 808th discover confirmation of a surprise attack wired with enough explosives to wipe out their entire flotilla that the stakes and the ticking clock become dangerously apparent.

New Janice is the target. The only ship that can defend the civilian population is the battleship Argent. She has no star wing. She has no flight crews. And without a feat of mythical legerdemain no authorization to do anything but sit dormant in spacedock light years from the enemy strike point. Jason Hunter's chosen XO is the only Skywatch officer alive who can turn the situation around.

Meanwhile, with Sarn heavy armor and ground formations attacking the 14th infantry base and pinning Argent's star wing on the surface of Bayone Three, it is up to none other than Master Chief Petty Officer Duncan Buckmaster to come up with a three-star solution nobody but the Chief of the Battleship could have imagined.

Now, if the only ship in the quadrant could just find her captain...