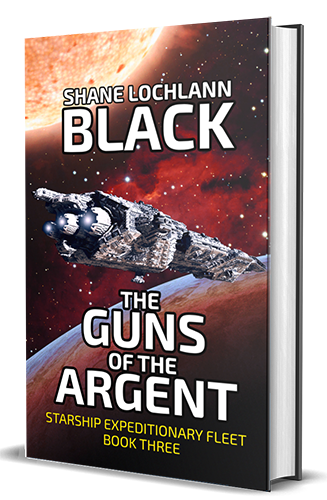 The president's daughter is missing. An interstellar war is imminent. The entire civilian population of the Mycenae Ceti star system is defenseless against the Kraken superweapon known as the World Burner.

But Skywatch cruiser captains Jocelyn Vice and Heston Stone have bigger problems. A third alien enemy may have killed the starship Sussex, and its weapons can apparently bend the laws of physics to the breaking point. After discovering all the water removed from the frozen bodies of more than 100 men and women aboard the mangled warship, the captains of the Black Prince and the Montpelier must find the attackers and their deadly technology before they strike again.

Meanwhile, the battleship Argent has become the first and only Skywatch vessel to reach the other side of the Omicron 474 supermassive singularity. The ghosts of the Achaen massacre have been waiting for more than a century to tell the ghastly story of what really happened in the forbidden Atlantis Reach. What Captain Jason Hunter learns is certain to change the galactic balance of power forever and fundamentally alter mankind's exploration of space itself.

But first, Hunter must confront the hidden evil inside Skywatch Command.