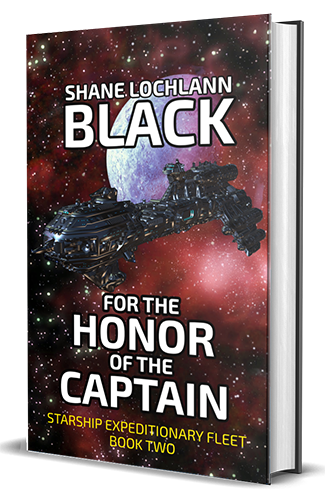 The Sarn Star Empire has a mysterious new ally. What is the next move for Skywatch Command?

The only forbidden sector on official star maps. Off limits by order of Skywatch Command. The history of the gruesome disaster aboard the Achaen Science Station and the ensuing clash between hostile deep space war fleets still haunts those who survived.

Now, after more than 150 years of silence, the cryptic Achaen signals are back, and even the supermassive Omicron 474 singularity can't shield Core space from what is almost certainly a new and alarming threat. Either the Kraken Decarchy is planning a fresh round of subterfuge, or a third faction may be prepared to take advantage of the conflict over Mycenae Ceti Four and launch an offensive against both the Sarn and the Alliance.

The captain refuses, citing his orders but skillfully keeping Powers' name out of the dispute. A standoff ensues. When Hunter tries to evade Hafnetz and her task force, the heavy battleship Saint Lucia opens fire on Hunter and his ship!

According to the sensor logs of the Saint Lucia, and the report of Admiral Hafnetz, Argent was disabled in the engagement, crossed the Omicron 474 event horizon and was lost with all hands.