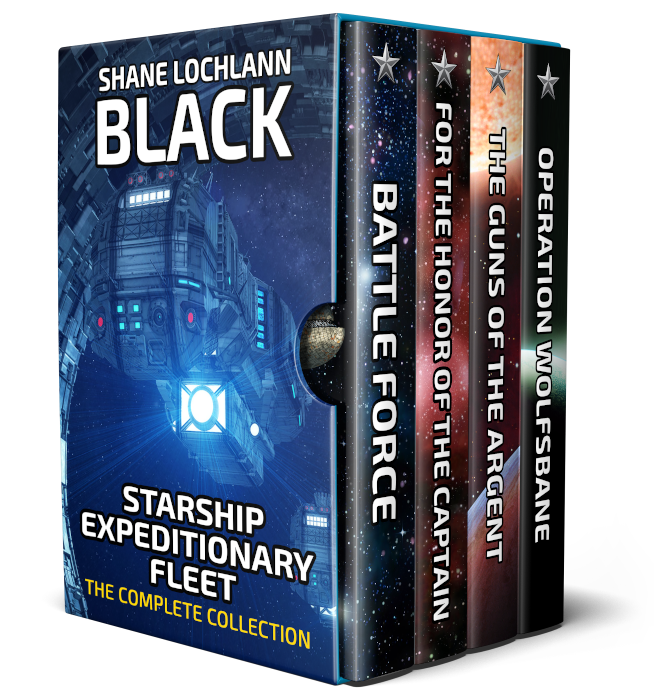 Can Captain Jason Hunter and the crew of one battleship prevent the war they were trained to fight?

The Kraken World Burner. Rumors of its existence have persisted among space-faring races for centuries. Few would have believed any intelligent species was bloodthirsty enough to deploy such a weapon, much less use it.

But the scars of the First Praetorian War have not been quick to heal. The once proud Sarn Star Empire wants payback. They are not only willing to strike a terrible bargain with the mysterious Kraken Decarchy to get it, they are even willing to massacre one of their own colonies to demonstrate their total commitment to destroying the Core Alliance.

Now, an urgent distress call has been picked up by Jason Hunter's advance scout ships. It's coming from a Proximan listening station close to the Mycenae Ceti system, where the battle that set off First Praetorian was fought. With the clock ticking and disaster imminent, it will be up to the captain of the battleship Argent to disrupt the dangerous pact between Sarn and Kraken and defeat their doomsday weapon without provoking a second interstellar war!