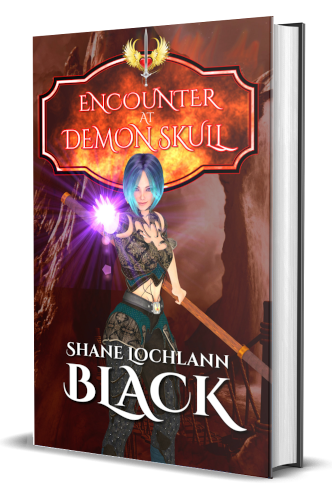 A violent storm of magical energy rages over a region known to conceal the forbidden mountain known as Demon Skull. Despite their power, the Ajan Warriors find themselves separated and under attack by roaming packs of mind-controlled beasts!

It is up to Ranko Whelan, keeper of the heroic war-hammer Thundercaller, to reunite the team. She doesn't realize Jessica Halloran followed the malevolent Lord Dane into a treacherous portal, and that even the combined powers of her friends won't be enough to save her.

But sometimes, great battles are won by the smallest of allies.